We are delighted to announce the appointment of a new Headmaster, James Passam, who will be joining Farlington School at the start of the Autumn Term.

Currently Deputy Head at Seaford College in Petworth, where he has been for the past eight years and played a major role in the recent success of the school, James was previously Head of English and Boarding Housemaster at St John’s School, Leatherhead. He therefore brings to Farlington a wealth of knowledge and experience of independent education in the region. Prior to this, James taught at Truro School in Cornwall. 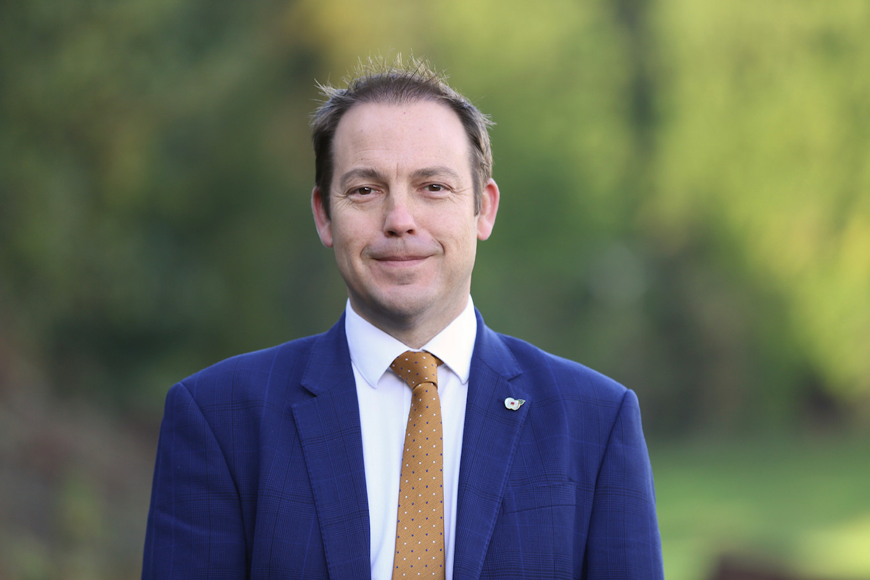 "Following an extensive search and rigorous recruitment process, attracting a very strong field of candidates, I am delighted that we have appointed James," comments David Williams, Bellevue Education Director. "Throughout the process, we were very impressed with his grasp of the opportunities that lie ahead for Farlington as it enters an exciting new era and period of growth as a fully co-educational school."

‘"We are especially delighted that James will have an immediate involvement in appointing a new Deputy Head later this month. He will also be involved in recruiting key members of his senior team shortly afterwards, in a new leadership structure that will harness the considerable talent that lies within the staff at Farlington."

Keen to celebrate Farlington’s unique position as the only co-educational independent through school in the Horsham area, James will be focussed on delivering high-quality teaching and learning at the school, as well as outstanding co-curricular provision.

"I have been hugely impressed by the students, staff and parents at Farlington," says James, who also recognises the school’s pastoral strength. "I have been struck by the considerable heart the school possesses, and by its warmth and welcome. I am extremely excited about Farlington’s future."

James will succeed our current Headmistress, Louise Higson, who has been Head at Farlington for nine years, and was previously Deputy Head from 2005. During her time as Headmistress, Louise has overseen not only Farlington’s successful transition into the Bellevue Education group, but also the school’s move to co-education and its excellent ‘Virtual School’ provision throughout the challenging Covid-19 pandemic.

James will be joined at Farlington by his wife Zoë and their two daughters, all of whom will live on the school estate.

Apply Now Get Directions Book a Visit
*
Cookie Notice: We use cookies on this site to improve your user experience.
Accept Find out more