In March 1896, Farlington House School, as it was then known, was opened, not as you might imagine in its current location, but in the burgeoning new town of Haywards Heath, on the London to Brighton railway.

Farlington House School was founded by sisters Edith and Mary Buller, who named it after the village of Farlington, near Portsmouth, where their parents were buried. Designed as a family school with an emphasis on Christian teaching, for a maximum of just 16 girls, Farlington relocated to its present site at Strood Park, near Horsham, in 1955. 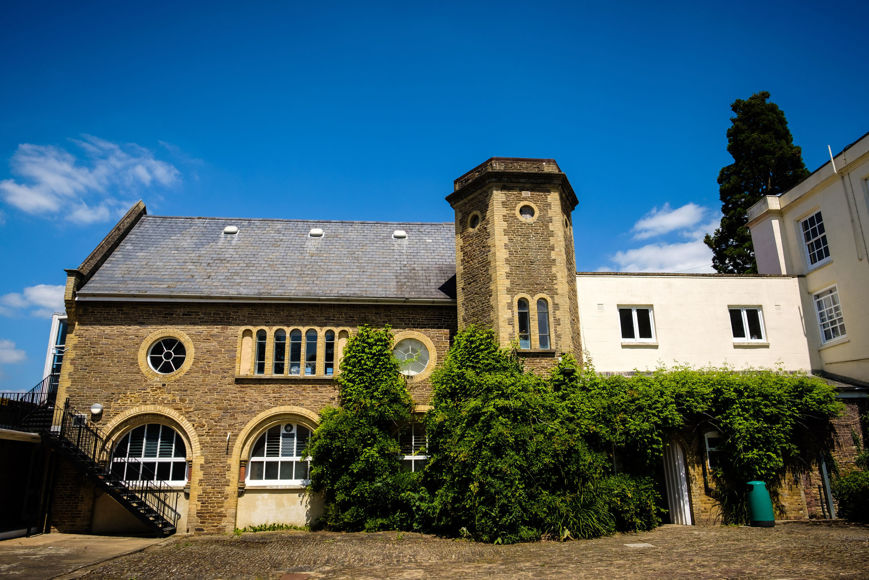 By 1860, women outnumbered men to the extent that one in four was unlikely to find a husband. Men had been lost to war and emigration, and there were those who preferred being bachelors. But if women had no skills, no education, and no husbands to keep them, how could they support themselves? Some ladies became governesses, but it was often a lonely and poorly paid occupation; others, like the Buller sisters, became educational pioneers and such  women were to form the backbone of the private school system for girls in the latter part of the 19th century.

Edith, the first of eleven headmistresses to date in Farlington’s history, was an experienced Head of English, whilst her older sister Mary was in charge of housekeeping. They had already opened a school in Worthing four years before, but were driven out by a typhoid epidemic in the town.

All went well until 1898 when Edith became seriously ill and she learned that she only had six months to live. She was determined to find someone to carry on the school as she had intended, and eventually found sisters, Isabel and Charlotte Moberly. The sisters had no formal training but Isabel had at least been to school and they were surrounded by education at home; their grandfather had been the Headmaster of Winchester  College and their father was the Principal  of Lichfield Theological College.

Isabel was the more intellectual of the sisters, while Charlotte was more concerned with artistic and ‘drawing room' aspects of the girls’ education.

In addition to plenty of religious instruction, the polite accomplishments, as they were known, were also taught.  These were drawing, painting, music, needlework, reading aloud and drama. Deportment was also important, as was  making sensible conversation with an adult in at least one other language besides English. Every day the girls were required to speak French until after lunch!

The Great War  shattered the calm of  British life. The Farlington Volunteer Service was founded in 1915 and much effort was put into knitting socks, mittens and mufflers for the men at the front and gardening on a field next to the school to provide vegetables for the Navy. Miss Isabel would read the headlines of the war news at registration.  The teaching of German ceased when Fraulein Gunther, a popular teacher and good friend to Miss Isabel, had gone back to Germany on holiday, never to return.

There was strict food rationing and the food was generally described as ‘atrocious’, but each girl did at least have her own weekly allowance of jam in tiny containers doled out by prefects every Saturday morning.

There was no electric light at Farlington and gas lamps were dim and often went out. Candles were used in the dormitories (which were named after colours) and each girl here had her bed in a curtained cubicle.

There were only two classrooms, called the  Study and the Schoolroom, both heated by open fires.

Health was a preoccupation in boarding schools and Farlngton was no exception. Penicillin had yet to be discovered and disease was a threat. Miss Isabel always included the state of health in her annual letter reviewing the year’s events. A year free of epidemics was a cause for celebration.

During the war, in 1917,  there was a significant new arrival - a pupil called Effie Simpson, who would go on to be the Farlington’s fourth Headmistress. At that time there were 40 boarders and 2 day girls. By now, things had started to change as it was realised that it was necessary to start to prepare girls for some kind of employment.

Changes were made to the Curriculum but Miss Isabel seems to have still been fairly relaxed about academic life and would say, much to the girls’ delight “It’s a lovely day; there will be no school” and everyone would be taken out for picnic!

Peace was shattered again in 1939 and indeed in September of 1938, Farlington started taking air raid precautions, such as darkening the windows. Preparations for trench safety were undertaken. The Brunswick Preparatory School swimming pool next door was requisitioned and made bomb proof in order to save on digging!

By the Summer Term of 1940, the threat of invasion was made real by the sounds of guns in Northern France being clearly heard in Haywards Heath. The south-east, seething with troops, anti-aircraft guns and vehicles, was considered unsafe for schools and many closed down altogether. Others, like Farlington, evacuated to safety, and friends of the Moberlys offered Farlington their large Queen Anne Manor House at Monkton Farleigh, near Bath . Three removal vans were hired to carry the essentials: beds, desks, books, crockery and kitchen equipment. The pupils travelled by train and the journey took most of the day in sweltering heat with only an orange to suck on for hydration!

New lessons were added to the Curriculum like milking for senior girls and haymaking replacing the more ‘ladylike’ subjects.

Their stay was very short though, as it was learned that the Admiralty had decided to establish its headquarters nearby, making the whole area an obvious target for air attack.  On top of that, the manor had also proved not to be large enough and so after only half a term, they all moved back to Haywards Heath. Effie was by this time a staff member and she became Vice-Principal in 1940.

In 1941, boys were included in the Kindergarten for the very first time, a move that was to be not to be replicated until the 21st century. The boys joined the Guard of Honour for the royal visit from The Duchess of Goucester on 9 July 1942. Her Royal Highness was inspecting  the Red Cross Supply Depot which was located in one of the Farlington buildings known as Little Farlington. This coincided with Miss Isabel Moberly’s  retirement after 50 years of teaching. Effie Smimpson became the new headmistress.

The Move to Horsham

It became evident that larger buildings and better facilities were needed if  the school was to develop further, and in 1954, Effie Simpson found Strood Park near Horsham which was described in the auction particulars as:

The school moved to Horsham in the Christmas holidays, when a convoy of vans set off from Haywards Heath for the last time. The old Farlington House School was eventually demolished to make way for post-war housing developments a Farlington Avenue and Farlington Close still exist in Haywards Heath today.

New building work was also being undertaken at Strood Park and on arrival, only five out of eight classrooms were ready, meaning that some lessons took place in some unusual places.

Normality had been restored by the summer when an Old Girls' Reunion was attended by those curious  to see the new setting. The Bishop of Lewes joined the party to celebrate and to dedicate the chapel, and Miss Simpson used this occasion to launch an appeal for an outdoor swimming pool, which was completed in 1957.

The Mansion House has been used differently over the years. For example, a plan of the school from 1970, shows that the present Headmistress’ Study was then the Staff Room, the current Meeting Room was the Head’s Study and the middle part of the Library was then the Dining Room. Today’s Year 11 Common Room was once a Biology lab and the current Senior Staffroom was the kitchen.

Effie Simpson retired in 1971 and was succeeded by Mrs Mary Shewell in 1971, then by Mrs Dorothy Khoo (later Harington) in 1974, and then in 1977 by Mrs Olive Peto who was Headmistress for 10 years, and after whom the Peto Building is named.

This was a difficult time for the private school sector but Olive set about revitalising the school.  This process was not helped by a fire which two days before Bonfire Night in 1979, ripped through the gym, art and commerce rooms  causing £100,000 of damage. Fortunately the rest of the school was saved by an automatic alarm giving early warning and by Olive taking a very hands-on approach to disaster management. As the then Bursar, Ron Hale remarked:  “Olive quite enjoyed the evening, fighting the blaze with dozens of fire extinguishers before the professionals arrived with their fire engines.  We gained a new gym and art room and would have gained much more had Olive not been such an enthusiastic firefighter!”

Olive was succeeded by Mrs Patricia Metham and then by Mrs Trina Mawer in 1992 who was Headmistress for 14 years. Trina was Headmistress at the time of the Farlington Centenary celebrations. Along with the Head of the Prep School, Joy Baggs. Trina brought Farlington into the 21st century, raising pupil numbers to a record high. She planned the development of the Lower School buildings, and the school dining hall, opened during the headship of her successor, Mrs Jonnie Goyer, is named in Trina’s honour.

2018 marked a whole new volume in the Farlington story, as, under the leadership of Headmistress Ms Louise Higson, we began welcoming boys.

In 2021, Farlington became a fully co-educational school, with boys in every year group. In September 2021, we also welcomed Farlington's first ever Headmaster, Mr James Passam.